Nuvolo was born in the town of Città di Castello in northern Umbria; he moved to Rome in 1950 at the suggestion of Alberto Burri. After World War II, the artistic culture in Italy was characterized by a clash between the tradition of figuration and new modes of abstraction, and by a proliferation of artistic and theoretical movements incentivized by a young generation of artists and by a new international exchange of ideas. Through Burri, Nuvolo met artists who shared an interest in suppressing the use of the paintbrush and developing uses for unconventional materials toward a new type of process-driven abstraction.

Working within a two-dimensional, rectangular format typically associated with easel painting, Nuvolo introduced new techniques that relied on tension and textural variation, using a range of materials that include commonplace textiles as well as deerskin. In the late 1950s he began to produce his first improvisational works using a motorized sewing machine. These constructions, which are termed “cuciti a macchina”, consist of fragments of his own clothing or other dyed fabric, which were stretched over canvas or collaged into abstract compositions and occasionally enhanced with paint. Nuvolo’s “daini” series comprises segments of deerskin sewn together into loose grids. Nuvolo also used the sewing machine to create evocative drawings made of stitched thread on unprimed canvas—works that constitute his “diagrammi” series.

Nuvolo and Post-War Materiality 1950–1965 will feature compelling examples from the cuciti a macchina, daini, and diagrammi series, which collectively demonstrate the high level of variation Nuvolo achieved using quotidian materials and direct processes. In exhibiting these works alongside works by European and American artists who also used unconventional techniques and materials, Nuvolo and Post-War Materiality 1950–1965 will document Nuvolo’s role in radically redefining traditional notions of painting and sculpture by exploiting the physical properties of raw materials using unmediated processes.

Nuvolo and Post-War Materiality 1950–1965 brings together works of art from private collections as well as loans from museums and foundations such as the Museum of Fine Arts, Boston; the Pinacoteca Comunale, Città di Castello; the MAC-Museo d’Arte Contemporanea di Lissone; and the Fondazione Toti Scialoja, Rome. The exhibition is accompanied by a book published by Skira editore, Milan in collaboration with Di Donna Galleries. The publication features an essay by Germano Celant as well as a thorough chronology of Nuvolo’s artistic explorations, contextualized within the non-figurative trends of his contemporaries as they unfolded in Italy, Europe, and the United States. Supporting materials include historical documentation and texts by and about the artist, accompanied by a large selection of color illustrations featuring works by Nuvolo produced between 1952 and 1965.

Di Donna Galleries is also pleased to announce the gallery’s exclusive representation of the Estate of Nuvolo, in close cooperation with the Associazione Archivio Nuvolo, which manages the artist’s legacy from his birthplace of Città di Castello. Di Donna Galleries is currently preparing a catalogue raisonné of Nuvolo’s entire oeuvre.

About Nuvolo
Nuvolo (né Giorgio Ascani, 1926–2008) was an Italian painter and pioneer of screenprinting techniques. Born in Umbria to a family of printers, he participated in the Resistance in World War II, where he gained his nickname “Nuvolo”, Italian for “cloud”. Following the war, Nuvolo moved to Rome where, in Burri’s studio, he began to develop his own artistic practice, under the influence of artists who shared his interest in a progressive departure from the use of the paintbrush toward an engagement with unconventional materials and techniques. In 1955, the poet Emilio Villa organized Nuvolo’s first one-person gallery exhibition. His work was subsequently promoted by some of the most prominent gallerists in Italy, including Peggy Guggenheim, who acquired some of Nuvolo’s works and bequeathed a selection of them to major U.S. museums. In 1979, Nuvolo became Chair of the Academy of Fine Arts of Perugia, a position he held until 1984. In 2015, Nuvolo’s family established the Archivio Nuvolo to safeguard his legacy, and donated some important works to the Pinacoteca Comunale, Città di Castello.

About Germano Celant
Germano Celant is a renowned art historian and theoretician, internationally acknowledged for his theories on Arte Povera. He is the author of over one hundred publications, including both books and exhibition catalogues. He is also a prolific curator of exhibitions in prominent museums and other institutions worldwide. Mr. Celant is the Artistic and Scientific Superintendent of Fondazione Prada; the Curator of Fondazione Aldo Rossi, Milan; and the Curator of the Fondazione Emilio e Annabianca Vedova, Venice. Most recently, he was Curator of the exhibition, Arts & Foods: Rituals from 1851 in the Expo 2015 Art Pavilion at the Triennale, Milan; and Project Director of The Floating Piers, a major work by Christo and Jeanne-Claude at Lago d’Iseo, Italy. Celant is a regular contributor to international publications for art and culture, including Artforum (Contributing Editor, 1977–present); Interview Magazine (1991– present); the Italian weekly magazine L'Espresso (1999–present); and the Italian design magazine Interni (visual arts columnist, 1991–present). He has received numerous awards for his art criticism and curation, including the Agnes Gund Curatorial Award from Independent Curators International, New York in 2013. 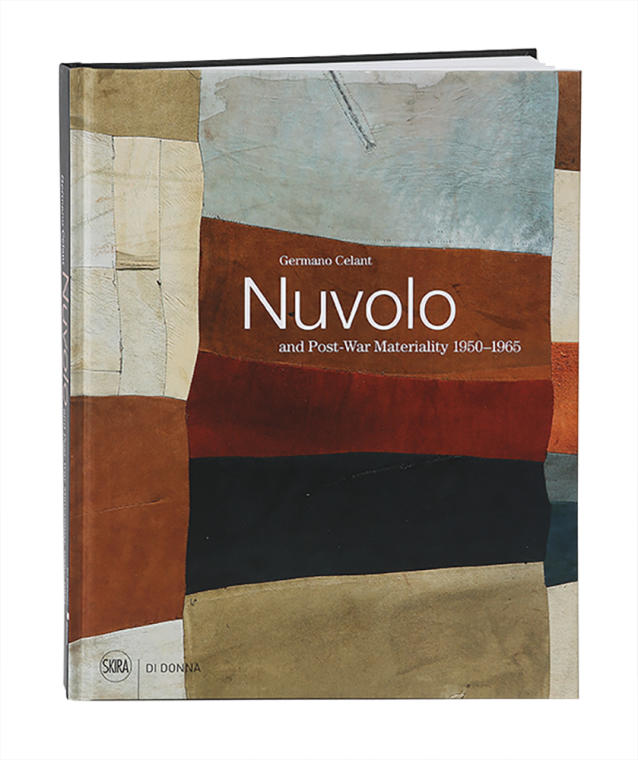