A Passion for Collecting: Modern Works from the Pérez Simón Collection will feature a curated selection of approximately eighteen works that travels to Di Donna Galleries from Mexico, where Mr. Pérez Simón is one of the country’s most successful entrepreneurs. There, over the span of more than four decades, Pérez Simón has assembled one of the largest and most comprehensive private art collections in the world, encompassing Old Master paintings, Dutch vanitas, Pre-Raphaelite paintings, Latin American art, and European modernism, to mention only a few areas within his vast scope of interest. Portions of the collection have previously been shown in various cities in Europe, Asia and America, including Madrid, Paris, Rome, London, Beijing, Shanghai, Quebec, Dallas and San Diego. A Passion for Collecting: Modern Works from the Pérez Simón Collection at Di Donna Galleries will offer the first opportunity to experience the collection in New York. The exhibition will be accompanied by a catalogue featuring an essay on the significance of these works within the context of an art-historical narrative, with full cataloguing and illustrations for each work.

Pérez-Simon’s collection is unified through a prevailing interest in timeless human experiences encompassing love, death, physicality, spiritual ecstasy, and an appreciation of the sublime potential of nature. His early passion for art was stimulated by reproductions of Barbizon School paintings, with woodland scenes that reminded him of his youth in the Asturia region of northwest Spain. His admiration for the Impressionist and Modern artists who followed lies in the innovative ways they individually approached light, landscape, and color, in effect drawing out the sensuous aspects of nature and daily life in abstracted form. Later works in the exhibition from the categories of Expressionism, Cubism, Surrealism, and Color Field painting are similarly characterized by lush execution that amplifies poignant subjects concerning the human condition.

As the earliest work in the exhibition and a reference to mythic bathing scenes from classical antiquity, Cézanne’s Scène légendaire (c. 1878), establishes a foundation for considering artistic interpretations of timeless themes. The Edenlike setting seen in that composition assumes a very different tone in Munch’s painting Sommernacht im studentenhain (1902), in which embracing couples are arranged around a dramatically landscaped park. Though the subject literally depicts human intimacy, the anonymity of the figures and the large void confronting the viewer at the center of the composition communicate a sense of alienation. By contrast, Picasso’s portrait of his girlfriend Françoise Gilot sitting in an armchair (Françoise dans un fauteuil, 1949) is arranged on an emphatically frontal plane, in primary colors and with a centralized geometric structure—a bold representation that nevertheless captures the sitter’s likeness with remarkable sensitivity. A group of paintings by Magritte in the exhibition reveals the artist’s skill as a colorist throughout a range of scenes that challenge experiential knowledge, drawing into question the certainties of life in the physical world. In an untitled red and white painting on paper by Rothko (1959), color and ambiguous, floating forms transport the viewer further from concrete associations, to convey transcendence of earthly concerns.

Together, these works reveal a uniquely humanistic approach to modernism that illuminates art-historical dialogues across centuries and styles. Di Donna Galleries invites visitors to reexamine the development of modernism in the context of this extraordinary glimpse into one of the world’s most significant private collections. 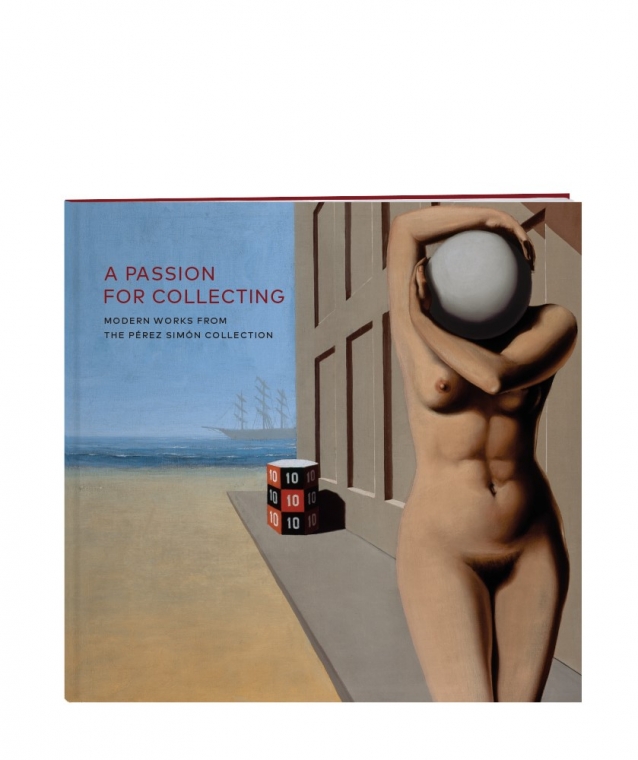